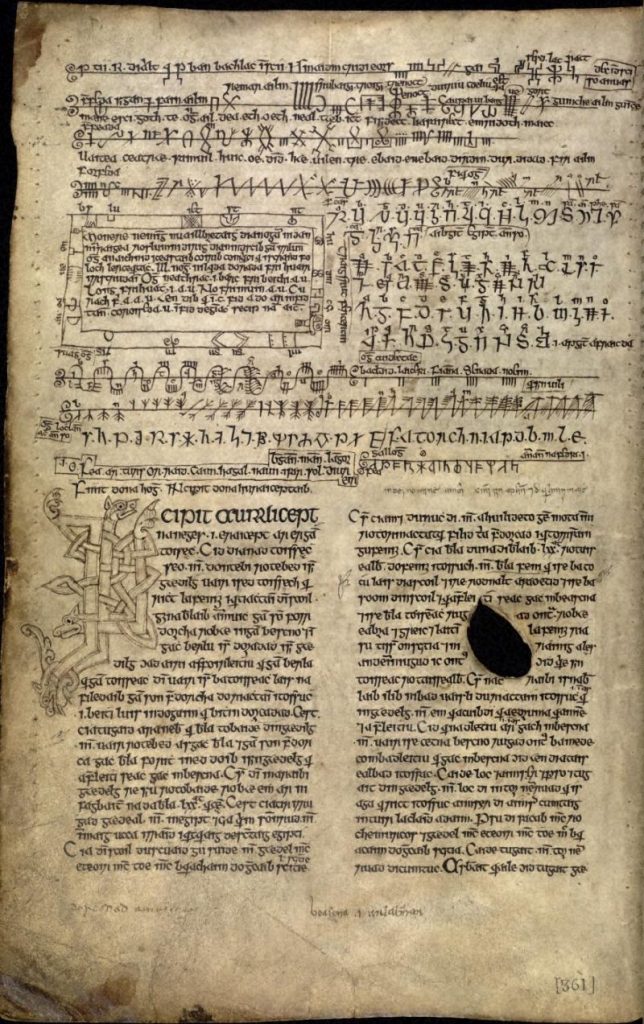 The Book of Ballymote (Leabhar Bhaile an Mhóta), is an iconic and hugely important 14th century Irish manuscript. Like many of its kind, has made history by its wanderings. For over a hundred years it was a treasured possession of the McDonaghs of Corran. About the beginning of the 16th century, it fell into the possession of the O’Donnells with whom it remained until the Flight of the Earls in 1603. From 1620 until 1767 it was in the library of Trinity College, Dublin. It disappeared from the library and was later found in Burgundy, France. In 1785 it was returned to the Royal Irish Academy where it remained as one of the Academy’s most treasured possessions.

The work contains treatises on the history of the Jewish peoples; St. Patrick and his household; Cormac’s instructions to a king; and a physical and geological survey of Ireland. Part of the work is devoted to the sagas of Finn and Brian Boru, and the Lebor na Cert (Book of Rights). It also contains treatises on metre and the profession of a poet, and on the Ogham writing and language. The book ends with several translations from the Greek: the destruction of Troy and the wanderings of Ulysses, followed by a resume of Virgil’s ‘Aeneid’, beginning with Nestor’s speech to the Greeks.